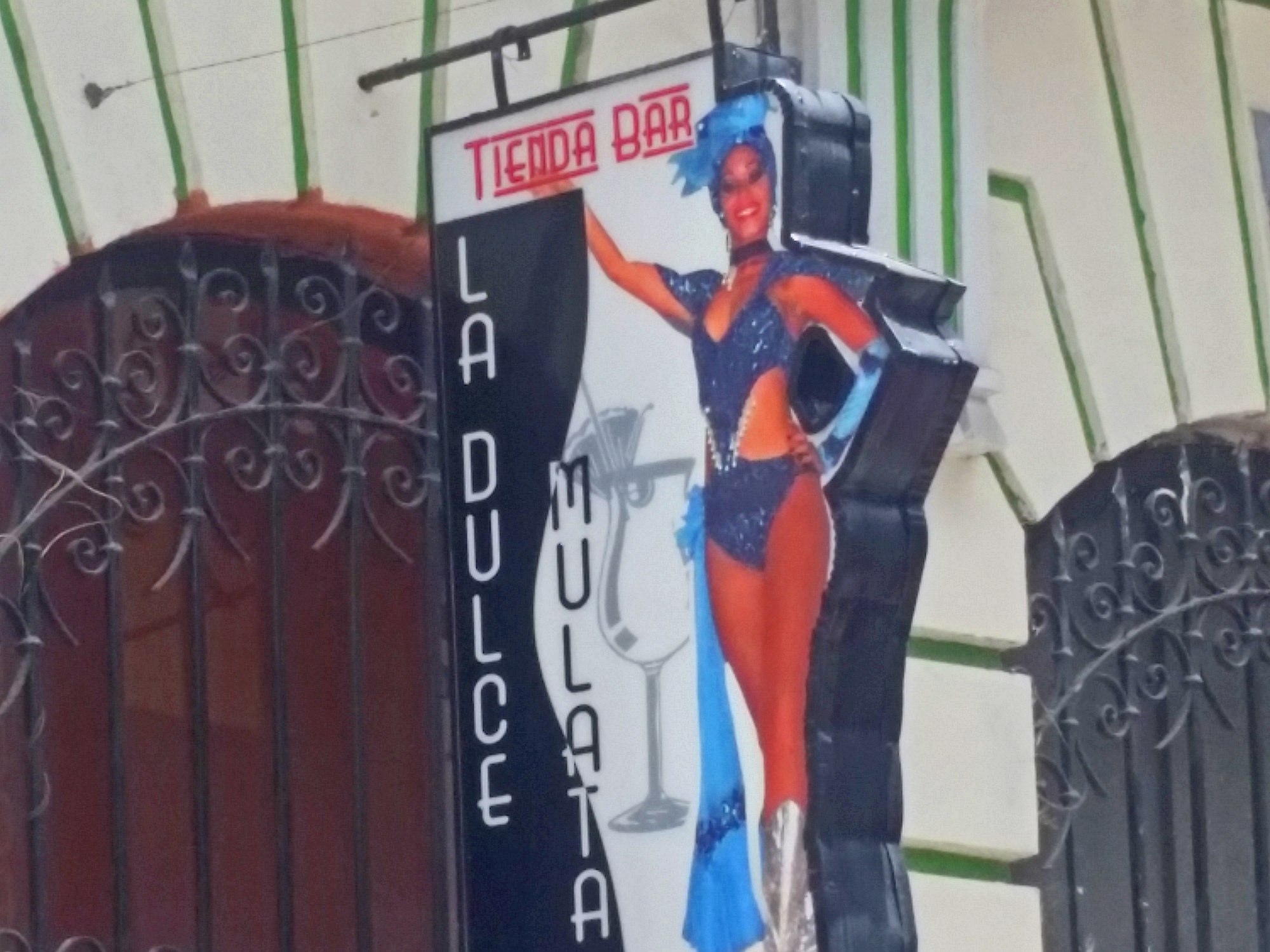 Visiting Cuba, like when I visited Puerto Rico in 2011, was self affirming in many ways. Both countries are mixed race populations so it’s relieving to be in a place where being “mixed” isn’t an unusual thing. Many people did ask me where I was from because of my American accent and poor Spanish pronunciation. But even in a racially mixed country like Cuba, race is still an ever present entity, like the specter of slavery, it lingers in the air.

During the Q & A following a lecture by Dr. Rafeal Duerte of the University of Oriente the topic of race and racial classification came up. In order for racism to function there needs to be racial categories in place in order to have something to discriminate against. The professor talked with one of the translators and the translator’s sister-they are both mixed race black and white and self identify as mulato/mulata. They talked about how depending on where on the island they were they would be considered white, black or mixed.

The discussions treaded into the uncomfortable complexities of race and how to classify people who look ambiguous in terms of race. Physical characteristics such as skin color, hair texture and facial features are all, while arbitrary, used to determine one’s race.

They then pointed to me as an example of someone who despite having light skin would be considered black or mulata because of my hair type. My face became flushed. I knew that I was always a question for people. If I didn’t reveal my racial makeup up front then I was often met with the question of, quite accusatory, “What are you?!”

I am reminded of a passage from Cecilia Valdés, when Diego Meneses questions his friend Pancho’s uncertain lineage:

“For example, Pancho, since you have a penchant for comparisons, you-in the eyes of the law-are not a person but a thing.”

“I don’t see any resemblance, since I am not a slave, which is what the Roman law regards as a thing.”

“Granted, you aren’t a slave, but one of your ancestors was, which amounts to the same thing. Your hair is suspicious, anyway.”[1]

I believe my hair, course and curly, had always been met with suspicion.

It’s the ones that exists in the in-between that poke holes in the rigid ideal of race. Alicia Arrizón in her article, “Race-ing Performativity through Transculturation, Taste and the Mulata Body” concludes, “As a hybrid body, that can perform both whiteness and blackness, the mulata’s subaltern agency becomes a reinscription of the divided and hyphenated self.”[2] I confuse people. Mixed race people confuse and complicate race. In operating in this amalgam of bodily classifications breakdown expectations, while also reinforcing ideals about race. People will see what they want to see and explain away an individual’s features. If you ask my mom, I get my hair from a Sicilian great-grand father.

This wasn’t the only time that I was used as a litmus test for the taxonomy of race.

In the meeting with the women of the Red Barrio, the discussion of who is Black and who is white also came up. At some point in the talk one of the ladies pointed to me and says, “Like her. She could pass for white or mulata.” Again I felt mortified. Not of possibly being part Black. While it wasn’t until my twenties that I figured out and then embraced my birth father’s afro-Boricua heritage, I felt again like my “ambiguity” was being singled out. As Arrizón claims, “The mulata’s body as a modeled singularity could also be the site where the discursive practices of performativity might be imagined: neither black nor white, but in-between the orders of an enacted differentiality.”[3]  The importance of being able to identify a mixed race person is fueled by the imagination of race and gender.

While in Cuba I saw the cocktail “Mulata” on a menu, came across a restaurant called the “Dulce Mulata” and also purchased “Mulata rum” for a friend back home. Why is there such an obsession with this word? The word connects to objects that are bought and consumed, “the mulata drink represents a cultural and commercial commodity, combining history, pleasure and consumerism.”[4] It seems with tourism  there is also effects of capitalizing on Cuba’s racial past.